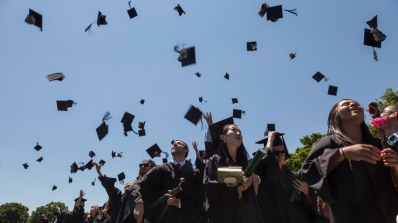 Tell Us Your Story

The Native Americans at Dartmouth (NAD) organization is strictly a student organization, a voluntary group of Native American students who meet three or four times each term to determine their agenda of activities for the term. This might include working on joint concerns of their group and planning to improve the environment for NAD campus-wide. The NAD also plans an annual Spring Dartmouth College Pow Wow on the weekend of Mother's Day.

The Native American Writing Prize is awarded each year by the Native American Studies Program in recognition of one outstanding piece of writing or consistently excellent writing by a Dartmouth Native student.  In some years two students have been given the award. The award has been funded since 1997 by royalties from the sale of the book, After King Philip's War: Presence and Persistence in Indian New England, edited by Colin G. Calloway and others.  The funds will be supplemented by a portion of the royalties from the forthcoming book Native Americans and Dartmouth: The Indian History of an American Institution, edited by Professor Colin G. Calloway.